Like humans, mountain gorillas also live in social groups or families even though they may live in the wild no wonder these large primates share up to 98 percent of the human DNA.

As they live in their social groups, gorillas are associated with some unique facts that are amazing and shocking. A few travelers that have got an opportunity to trek these endangered primates through the famous gorilla safaris, might have witnessed some of these facts as they met them in the jungle. 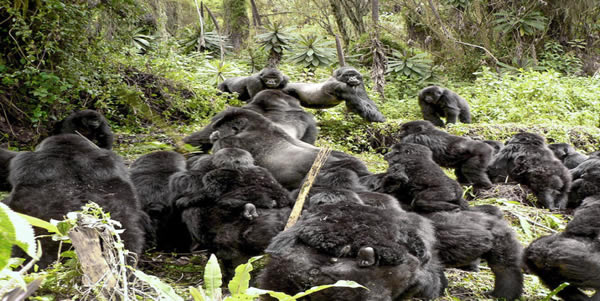 Majority of mountain gorilla groups are made up of multiple adult females and their young all under the leadership of one dominant male (Silverback). In a few cases, some groups may possess up to eight silverbacks with each of them playing a unique role in the family.

The number of gorillas in each group varies from 2 to as many as 65 individuals and the number is determined by several factors including the ability of the leading silverback to lure females into the group.

Fact 2: Male gorillas in the group face a dilemma once they reach maturity

Finally, these males may decide to join their colleagues in the same category to form a bachelor group. While in these groups, the bachelor gorillas learn skills that help them to become successful leaders once they form their own groups. Even in the bachelor group, gorillas still follow the hierarchy where thereby they are led by one strong silverback while others play different roles.

Fact 3: Both males and females can stay or leave the group at anytime 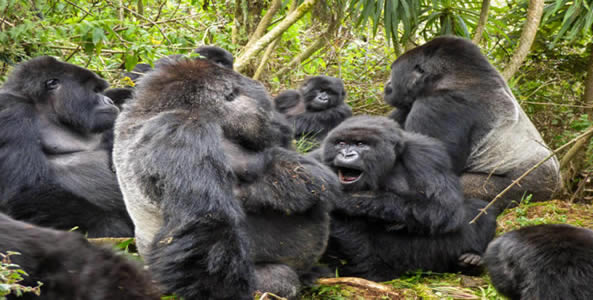 For females, they are even prone to changing groups multiple times in their lifetime leading to having offspring with several males.

Fact 4: Each gorilla group has got its unique dominance hierarchy 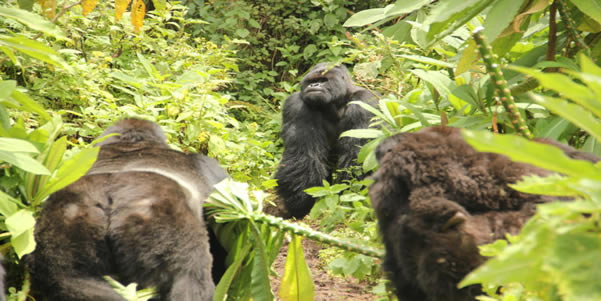 The hierarchy factor among mountain gorilla groups is more pronounced among the males though females have got their own form of hierarchy. Each group is led by one dominant silverback who takes key decisions including where to eat and sleep. Other silverbacks in the group take on different roles including protecting the family and resolving conflicts.

Several factors influence the hierarchy among females including age, time spent in the group where newcomers are the lowest in the hierarchy and vice versa. A particular female may also easily rise in the status if she attracts the interest of a dominant male. Other factors like offspring may also change the hierarchy of females whereby a female with a newborn may be favored to rise in rank.

Fact 5: Groups may be as small as 2 and as large as 65 individuals

Though the average number of mountain gorillas in a single group maybe 10-12 individuals, there are some groups that have been discovered having as few as a single breeding pair while others may be so numerous to 65 individuals.