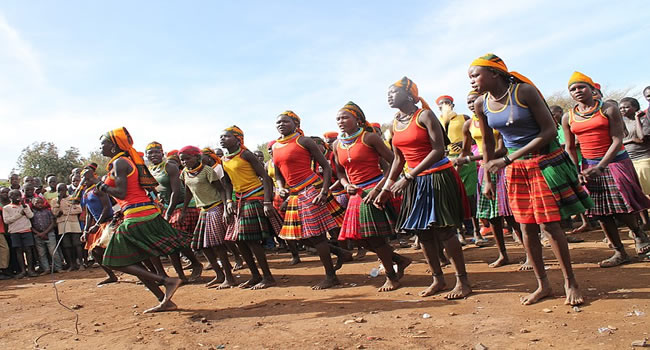 I have been living in Kampala, the capital city of Uganda, for a few years, and this has afforded me the opportunity to explore not only this country but all the members of the East African community. I have traveled extensively in Rwanda, Burundi, Tanzania, Kenya, and Uganda; even to the Seychelle Islands, which officially is a member of East Africa, though over a thousand kilometers out in the Indian Ocean. One of the most exciting destinations has always been the island of Zanzibar, but recently I made a trip to the northeast of Uganda to visit the Karamojong and it is now unquestionably my favorite destination in East Africa. My travels have taken me to most of the National Parks within East Africa, including the infamous Serengeti and Ngorongoro Crater of Tanzania, the Masa Mara and Amboseli of Kenya, and Rwanda’s most popular national parks….and yet it has been on my bucket list for some time now to go and experience the elusive Karamajong in the Kidepo Valley. Kidepo Valley National Park has recently been granted the #3 position in the most desired parks in Africa to visit; and once one has seen what Kidepo has to offer, it is quite understandable. 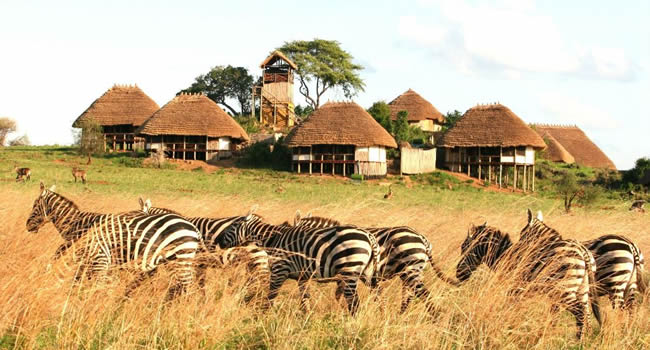 We journeyed north from Kampala past the Ziwa Rhino sanctuary and Murchison Falls through the towns of Luweero and Nakasongola to reach Gulu. Here we took a break for lunch and a quick swim at the Boma Hotel, an oasis in the hot dry Acholi world of Northern Uganda; the Acholi being the predominant tribe in the Gulu area. From Gulu we traveled east through Kitgum and Padebe, eventually reaching the gates of Kidepo, some 4 hours later. The last hour of the drive, prior to the entrance to Kidepo, we were overwhelmed with the beautiful topography and vegetation of this area….it was like an enchanted forest. It was the dry season, and there had not been rain for a few weeks, but still, the environment was most wonderful. I had the opportunity to do this same trip about six months earlier when everything was overgrown and green; this time it was sparser, and a lot of the green was yellow. Despite the shortage of water, the overall scenery was still truly amazing; a significant part of the vegetation is cactus, which can maintain throughout long dry spells. In addition, there are ‘sausage’ trees in great abundance as well as numerous other interesting growths…. more commonly found in Kenya than in other parts of Uganda. 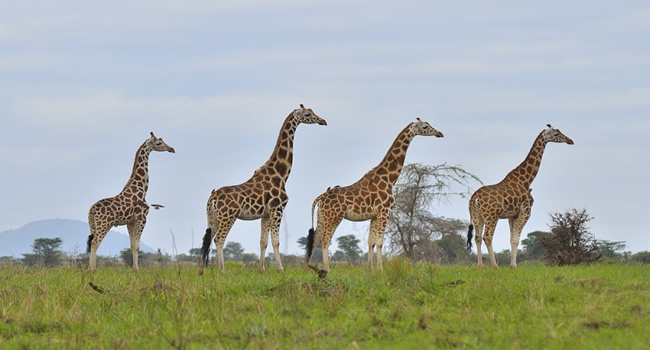 Giraffes are common in Kidepo

We booked into the Kidepo Savannah Lodge, a tented eco-hotel which was awesome. The view from both the tents and the main lodge building were truly incredible……with the mountains of Sudan in the distance. One of my friends was using the toilet off to the side of the restaurant/bar; within a few minutes, a baboon parked itself outside the toilet door. We were not quite sure what to do, and while debating what our best course of action would be, the baboon stood up and walked away. Within a few seconds, our friend exited the toilet, completely unaware of the intrusion. It was an exciting moment. Kidepo is full of such wildlife encounters; a week after my first visit to this hotel, the management sent me a picture of a lion that they encountered sitting under one of the tables in the early morning when they were setting up breakfast. There is little doubt that Kidepo is home to a variety of wildlife, and we humans are visitors to their land. 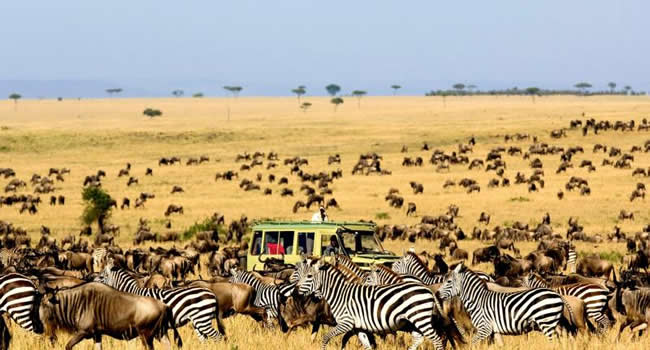 Kidepo Valley National Park has got a variety of wildlife

The first morning we ventured out for an early game drive and we were not disappointed……in addition to the hundreds of water buffalo, various antelope, elephants, and giraffe, we encountered several lions out hunting as well as the very elusive leopard. This leopard was sitting on the side of the road, and remained there for some 15 or 20 minutes, allowing us to take a plethora of photos. This was only my second encounter with a leopard in the wild…. the first some 50 years earlier in Samburu district of northern Kenya when a leopard jumped across the road in front of our vehicle. We encountered so many animals on this first game drive, that it was some 4 hours later when we returned to the lodge for some tea. 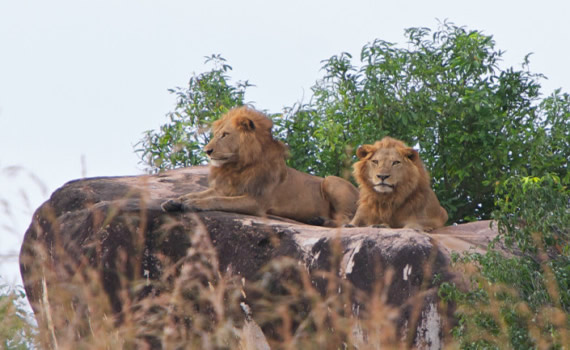 Later that day, we ventured to a local village to visit with the Karamajong. This settlement had about 100 inhabitants, all living traditionally. They selected one person, Julius as a guide, because his English was so good, and he could explain the customs and traditions of his people to us. In addition to a tour of the huts that they lived in, we were entertained by some local dancing and singing, including the traditional jumping vertically to great heights. The Karamoja also had prepared several simple crafts for us to look at; many were functional tools that they use in their cooking and preparing of foods, but there were also a number of items that they made to sell to travelers, providing some income for the community. Julius was most informative in giving us a picture of life in Karamoja; so many of the customs were like that of their neighbors in Kenya, the Turkana, and the Samburu. 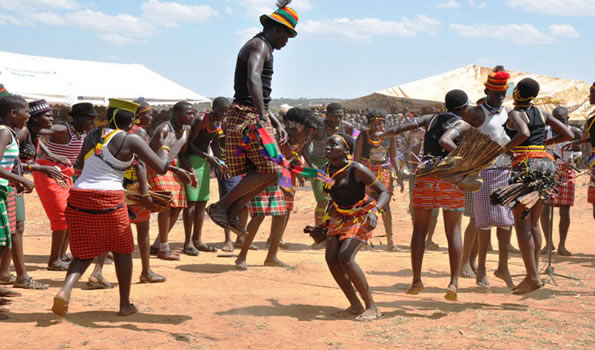 The Karamojong performing their traditional dance

Time did not permit us to journey in the hills and visit the other tribe that lives traditionally, the IK. Unfortunately, the IK have been almost completely wiped out by so-called, development. The history of the IK is not a happy one, in that the Uganda Wildlife Authority decided that in order to preserve the wildlife in the Kidepo Valley, the IK needed to be removed from the park and live elsewhere. The IK resisted moving and the Ugandan government used force to remove them; so many were killed and now there are only 10,000 IK remaining. I hope on my next visit to the North of Uganda, that I will make it a priority to visit these people and find out for myself what their demise has been. Most of the National Parks in Uganda have similar stories, where the indigenous people were given at best a second-class status to the animals….Bwindi Impenetrable Forest is another shocking example of how choices were made in favor of the animals over the people. The silver lining in that story is that the Mountain Gorillas have thrived, and their numbers are increasing yearly. 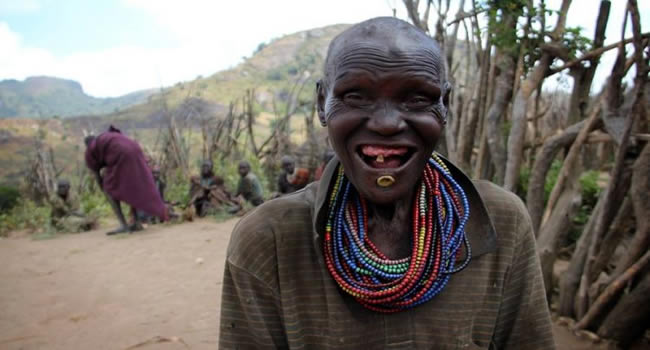 A man from the IK tribe in Kidepo

We spent a couple of more days in Kidepo, mostly going on long walks and even longer game drives. Every encounter with the local people and wildlife was most positive. From Kidepo we traveled southeast to the town of Moroto, where we made arrangements with a group called Kara Tunga; these people run a guesthouse in Moroto as well as emersion tours of the Karamojong. This was our second encounter with Kara Tunga and equally as exciting as the first. Each group that visits the Karamoja through Kara Tunga are assigned a guide/translator; together one travels some 45 minutes out of town to a Kraal where a group of Karamoja men spend the night protecting their cattle, goats, and sheep. The guide sets up pup tents, each one to accommodate 2 people; in addition, they provide dinner, which is taken sitting around the campfire with the Karamoja. Soon after arriving, a cow is selected for bloodletting, and an arrow is pierced into the throat of the cow and the blood pours out; it is captured in a couple of buckets and mixed with cow milk. This concoction is then passed around and drank by everyone present in the Kraal, including us visitors if we dare. The evening is spent singing, dancing and drinking local beer with the 15 or so Karamoja men. Bedtime is whenever one is ready, as the Karamoja stay up all night on watch….historically, they have been raided by cattle rustlers from Sudan to the north and Kenya to the east. The women of the tribe stay in a separate settlement, away from the animals, in a protected environment some distance away.

In the morning, before daylight, the singing starts again, as the Karamoja prepare for the journey to a new grazing spot for the animals. The guide packs up the tents and we all return to Marotto for a hot shower and breakfast buffet. This emersion experience costs $55 US and in my opinion is worth much more. As I said, this was my second visit sleeping at the Kraal, and I know it will not be my last; I look forward to coming back and bringing new friends to introduce to this experience. 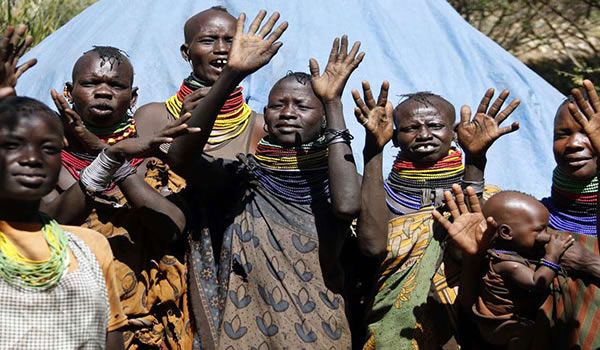 The Kara-Tunga women in Moroto

In summary, the trip to Kidepo and the Karamoja is a long one, some 13 hours overland; but there is nothing in Uganda, or any other country in East Africa, to compare. The scenery within the park and around the park is truly magnificent, the people are welcoming and most interesting to encounter, and the wildlife will not disappoint. One bonus feature for the moment is that there are very few tourists and as such one can go for hours on game drives without encountering other vehicles; this is one of the biggest complaints in such parks as the Serengeti, where it is a common experience to wait in line to get a good vantage point to take pictures of wildlife that have exposed themselves; sometimes impossible to get such pictures without another vehicle in the shot. This does not happen in Kidepo, and it’s quite wonderful and greatly appreciated by regular safari travelers.